The Maroons suffered an early blow when they lost Cameron Munster after he failed a HIA test but the Blues, led by Nathan Cleary, were exceptional.- Advertisement – The game was beginning to get niggly and boiled over when Payne Haas and Tino Fa’asuamaleaui came to blows and were both sin-binned.There was a hint of possible fightback from the Maroons when Papali’I powered over, but Cleary had the final word with a penalty for a dominant win. New South Wales beat Queensland 34-10 in game two of the 2020 State of Origin series to take the series to a decider in Brisbane next Wednesday.The Maroons went ahead through a brilliant Xavier Coates try but the Blues put the foot down and hit back with tries from Cody Walker, James Tedesco and Josh Addo-Carr for a well-deserved 18-4 lead at the break.They continued in the same vein in the second half as Jack Wighton and Daniel Tupou went over. Queensland managed to score a second through Josh Papali’I but Addo-Carr scored his second for a convincing win.- Advertisement – Tyson Frizell and Jake Trbojevic celebrate the Blues win The decider will take place on Wednesday, November 18 at Brisbane’s Suncorp Stadium. Cleary was under massive pressure from the first game with many calling for him to be dropped, however, he proved his critics wrong with a man-of-the-match performance.The early exchanges were brutal with both sides carrying hard and it was Queensland who struck first with Coates producing a wonderful finish in the corner. 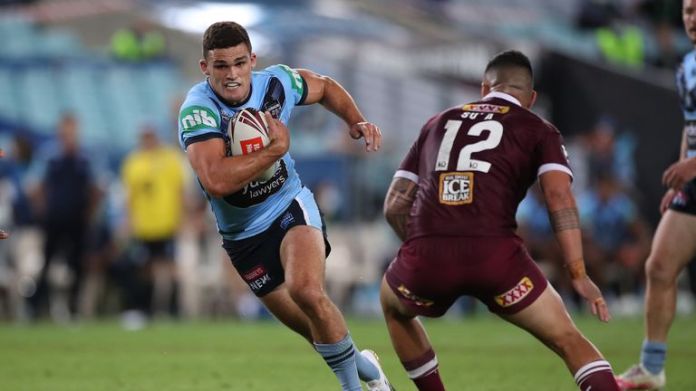